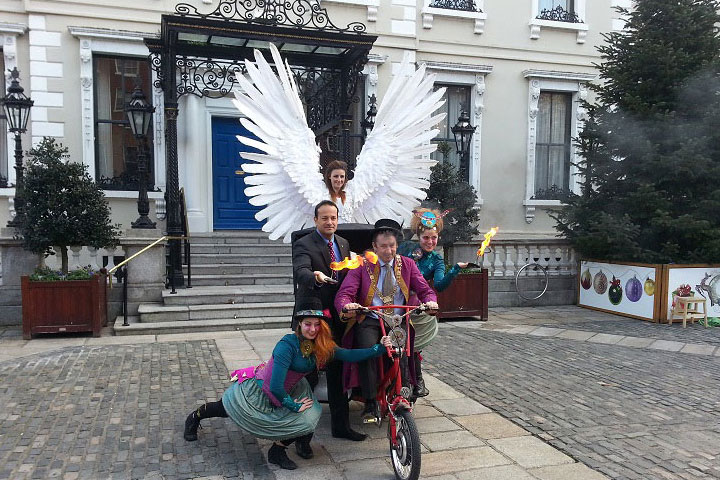 The Gathering came to an end on New Year’s Eve in Dublin. The successful tourism initiative finished in a blaze of glory. A convoy of rickshaws shuttled VIPs through the centre as part of the Parade of Light. The rickshaw convoy began at the Mansion House on Dawson Street.

The parade marked the end of the Gathering as it wound through the city centre. The rickshaw convoy was a key element in the Parade of Light which brought the Gathering to a close. 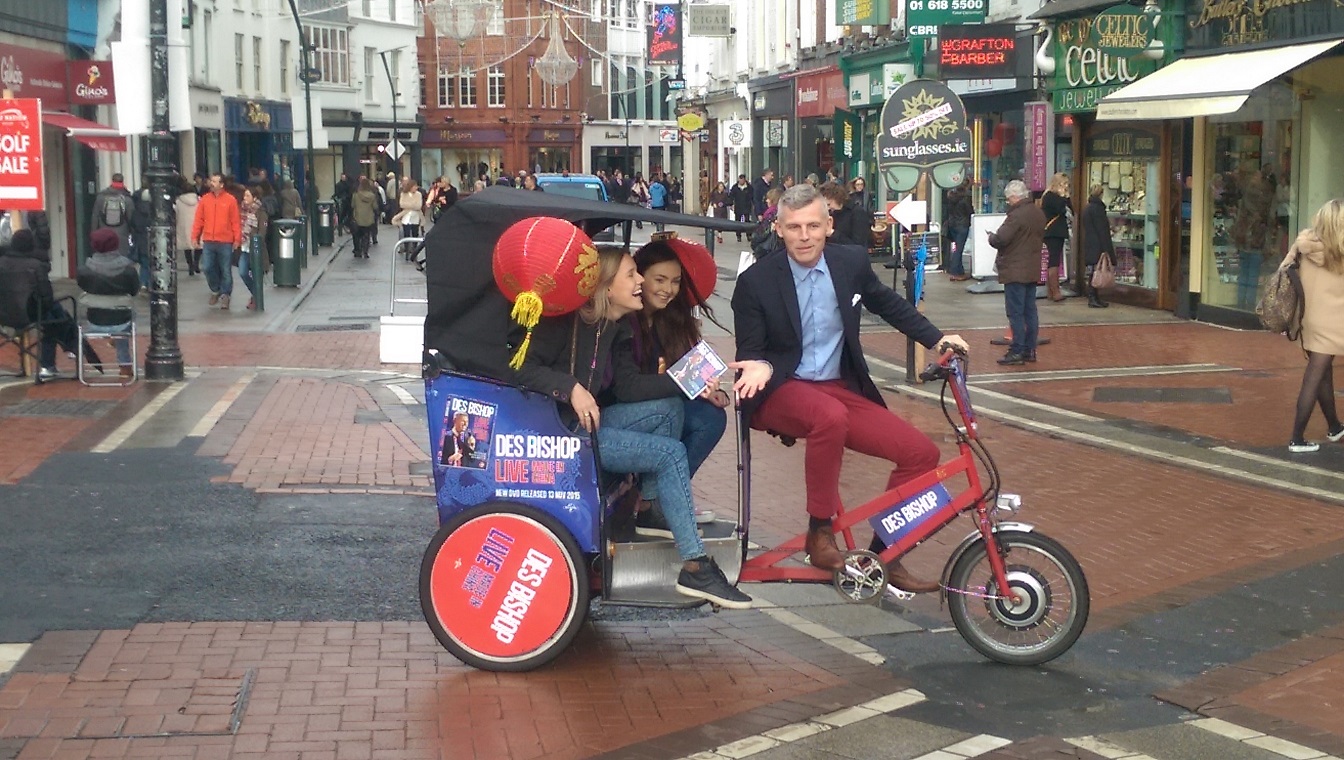 Des Bishop Irish-American comedian uses Rickshaws at his recent photo call in Dublin’s city centre to promote the release of...

A busy three days at The Web Summit shuttling 100’s of visitors between the Main entrance, Food Court and...